Music is an intervention that is well-known to relieve stress. The nice thing about music is that it is accessible and low-cost. Most athletes, if not all, are already listening to music in their everyday lives.

But can music help relieve stress in concussed athletes?

Researchers from Canada sought to determine if musical intervention could decrease stress after a stressful event in concussed and non-concussed athletes.

Their study included 84 elite/high-level athletes between ages 18 and 35 years. In concussed athletes, the concussion had to have occurred at least three months prior to participation in the study.

As part of this experiment, researchers had participants undergo a stressful event – give a 5-minute filmed speech with only three minutes to prepare, followed by five minutes of mental arithmetic tests.

Participants were asked to rate their stress on a scale of 0 (no stress) to 100 (severe stress) at baseline, right after the stressful event, and at 10, 20, and 30 minutes post-stressful event. Researchers also measured stress via skin conductance level. (This is a physiological measure of stress. Think greater skin conductance equals more sweat which equals higher stress.)

As expected, researchers were able to induce stress via the experiment. The musical intervention group (both concussed and non-concussed) was better able to recover compared to the silence group.

The results support previous literature that shows 1) athletes with previous concussion have altered physiological stress regulation; and 2) music may be an effective intervention for stress reduction. Taken together, music may help reduce stress levels after a stressful event in concussed athletes.

Limitations of the Research

There are a few limitations of this research that are worth mentioning. First, the sample size was small which makes comparison across four groups challenging. A larger sample size would allow for more accurate assumptions to be drawn from the study findings. A larger sample size would also create more comparable groups. Randomization of athletes into the musical intervention group or not would be a more robust design and could also create more comparable groups. 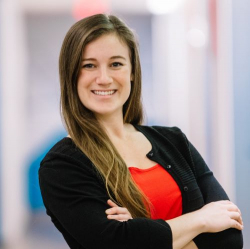 Dr. Jennifer Hunnicutt
Dr. Jennifer Hunnicutt is a licensed athletic trainer with a PhD in Health and Rehabilitation Science, who has worked with all types of athletes, including professionals and Olympians. She has held prominent research positions at Emory Sports Medicine and the NBA Hawks Center in Atlanta, GA, as well as serving on the national network of healthcare providers for U.S. Figure Skating. Now the owner of Hunnicutt Writing and Consulting, LLC, Dr. Hunnicutt collaborates with global institutions, spearheading innovation and research among professionals and businesses in Sports Medicine and Orthopedics. Learn more at https://drhunnicutt.com.